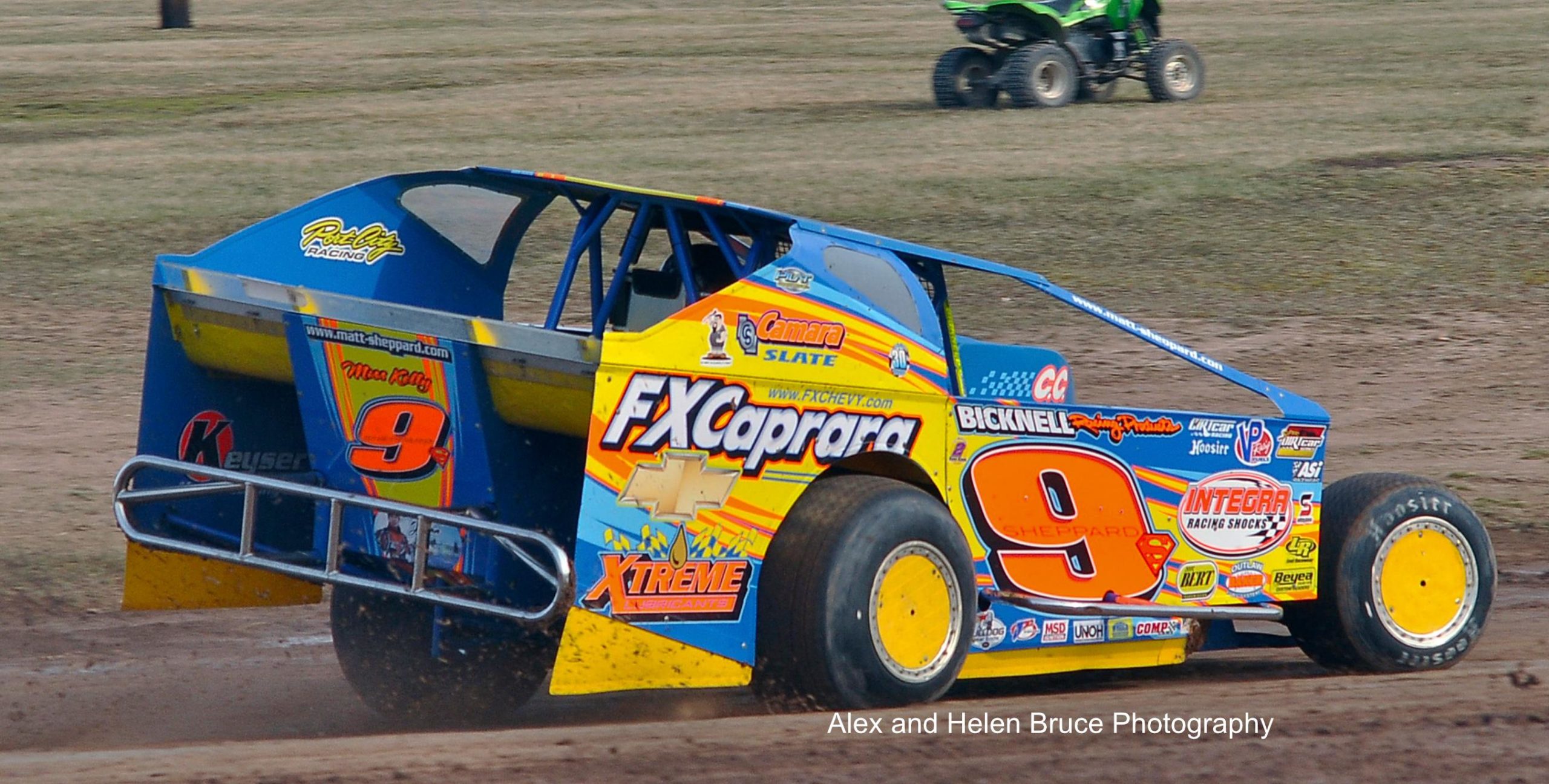 GRANBY, QUEBEC – July 23, 2013 – There’s nothing like a comeback, and three-time defending Super DIRTcar Big-Block Modified Series Champion Matt Sheppard was ready for one after mechanical issues in Monday’s series event left him in 26th place. And, sure enough, “Super” Matt Sheppard delivered a comeback the very next night, taking the win at Autodrome Granby Tuesday, July 23.

“We drove to the lead last night, and I think we had the car to win that race. I just had some bad luck, had a part break,” Sheppard, of Waterloo, N. Y., said of Monday’s race at Autodrome Drummond. “We rebounded well tonight, got the car back together. Hopefully we can keep this momentum going for the rest of the season.”

After breaking down in the 64th lap of Monday’s race while in the lead, the team got to work on the FX Caprara/XTreme Lubriccants 9s, determined to redeem themselves in Tuesday’s 100-lapper at Autodrome Drummond. Sheppard’s car was fast right off the trailer, claiming the second-fastest lap time overall in time trials.