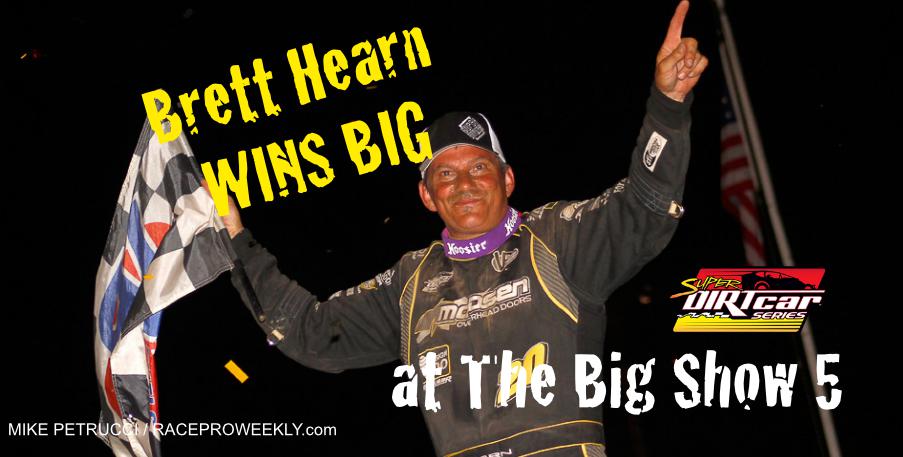 For the First Time Ever, Promoter/Driver Hearn Wins His Own Race

MALTA, N. Y. – Wednesday, July 10, 2013 – Super DIRTcar Series driver and race promoter Brett Hearn has been known to bring crowds in packed grandstands to their feet, but this time he really outdid himself. After a three-wide pass for second, a thrilling battle with Gary Tomkins for the lead, and fending off late-race challenges from Billy Dunn, Hearn went for the win Tuesday, July 9, at Albany-Saratoga Speedway for the race he promotes, The Big Show 5 presented by Recovery Sports Grill Malta.

“I don’t think we could ask for a better race track, a better show,” said Hearn, celebrating his first-ever win at The Big Show. “There was some heavy-duty racing there.”