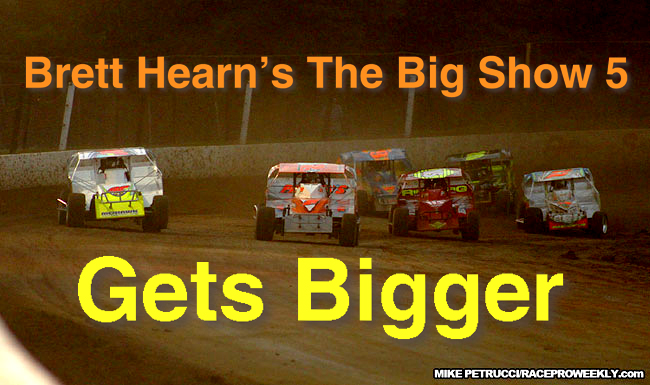 Hearn has yet to take the trophy at the show he promotes, even though he came close last year before a late-race charge by Bobby Varin. When he looks ahead to The Big Show 5 Tuesday, July 9, at Albany-Saratoga Speedway, he said winning as a driver “would be nice,” but winning as a promoter was more important.

“Albany-Saratoga is a beautiful place to being with, so it with be a really fun race,” Hearn said of his annual event, which last year moved to the Malta track.