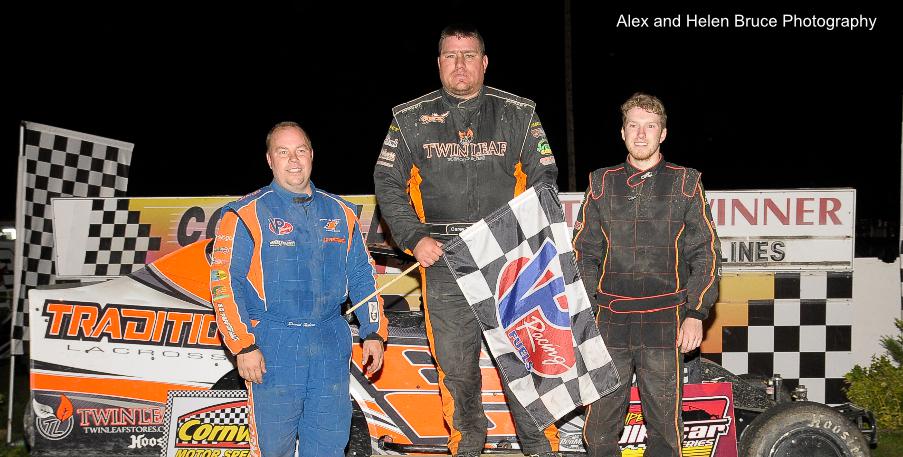 Hogansburg Driver Works His Way to the Lead, Beating Hebert and Whittaker to the Finish

An impressive total of 58 entries competed for a spot in the Sunday’s 30-car feature, and Terrance kept ahead, claiming a win in his heat race and drawing the ninth starting spot. He worked his way up to the top five by lap 50, and in lap 86 challenged David Hebert for the lead. His first challenge faltered when nearby cars collided to bring out a caution, but Terrance was not willing to give up, pulling up outside Hebert on the backstretch in lap 89 and passing him for the lead in turns 3 and 3.

“I just took my time with the race, and as the night went on, the tires got better,” Terrance said, adding that multiple cautions late in the race worked in his favor. “I think [Hebert] cooled his tires there at the end. We got the advantage over him at the last restart, and the car was just good after that.”