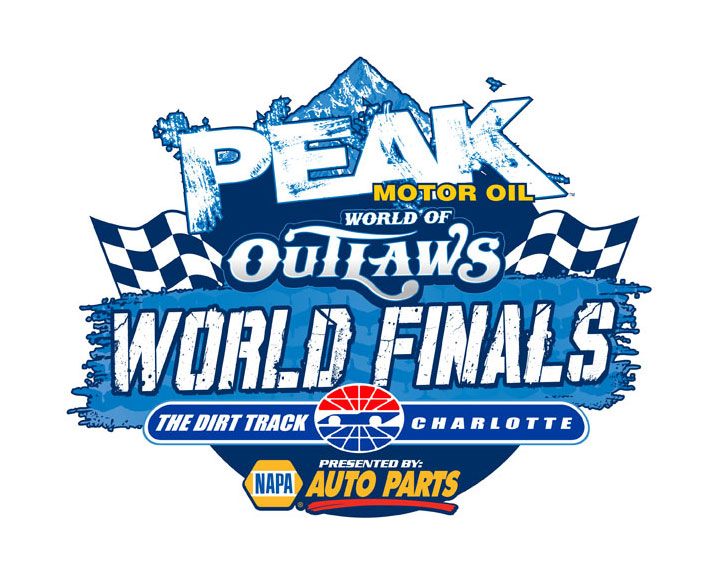 “PEAK is thrilled to be the title sponsor of the World of Outlaws World Finals,” said Bryan Emrich, Old World Industries Chief Marketing Officer, makers of PEAK Antifreeze, Motor Oil and other automotive products. “The brand is a great fit for dirt track fans, and we think they will be excited to watch the championship drivers put our products to the test on the track.” 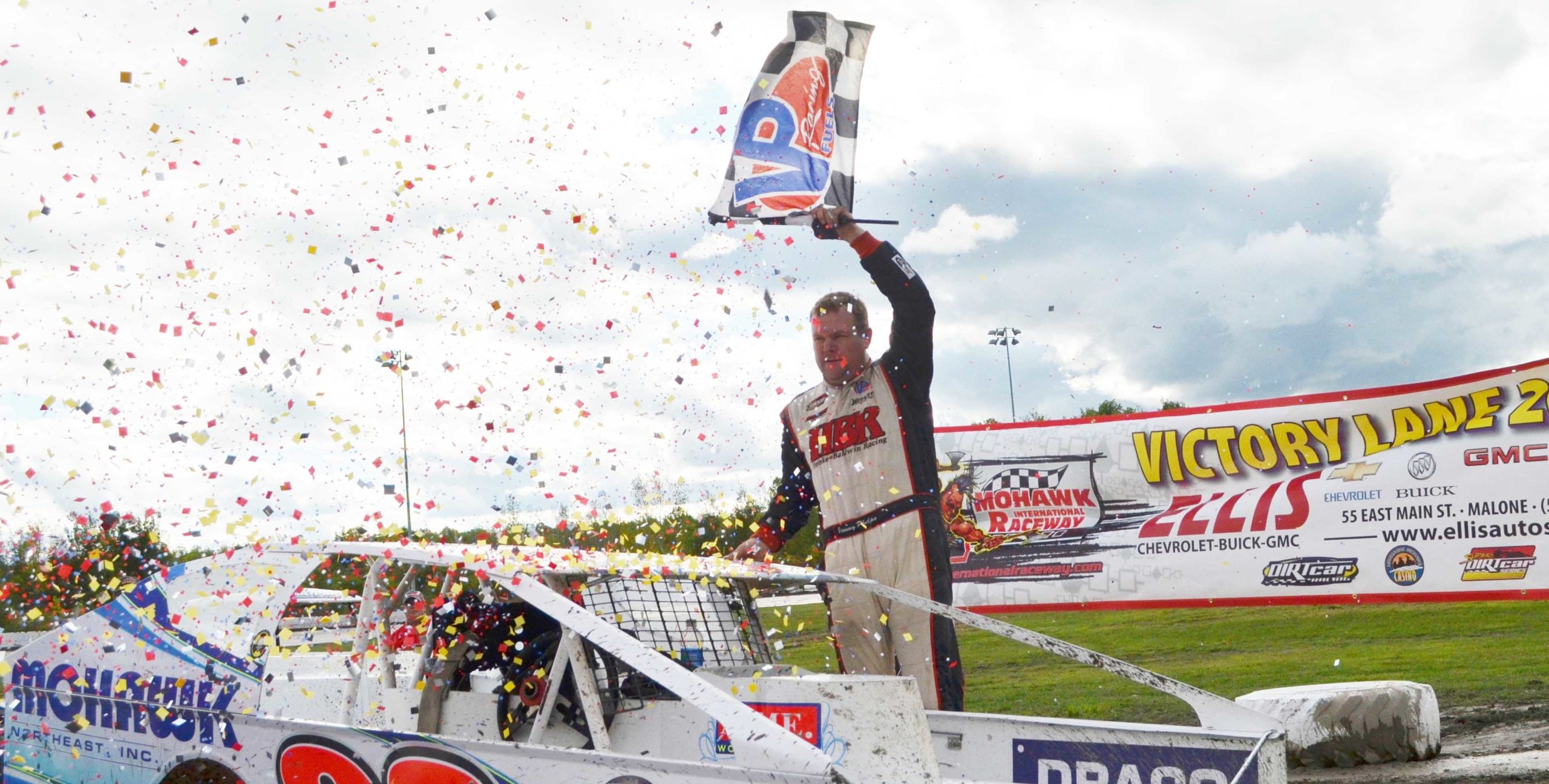 After finishing 13th in Friday’s time trials before rain put a stop to qualifiers, and finishing second in his heat, Phelps drew the seventh spot in the grid. Hearn, with the pole at the green flag, took the initial lead, and kept it through a caution in lap 1 and restart in lap 5. Mario Clair pursued from second and Phelps was gradually working his way up the ranks. By lap 17, Brett “the Jet” Hearn was lapping cars, and Phelps had made it to second.

Phelps was just slightly better at maneuvering lapped traffic on Mohawk’s slick track Saturday and passed Hearn in lap 32, but Hearn refused to relinquish easily. He followed Phelps through the turns and challenged him when the second caution brought a double-file restart in lap 42, but just two laps later mechanical issues forced him to the pits and he was unable to return to the race.

However, Phelps wasn’t off the hook. Planck, who had been fast advancing from third, found opportunity to try for the lead with Hearn out of the picture.

“I knew I had my hands full. Dale’s an awful good racer, and he’s really good here,” Phelps said. “I thought for sure he was going to drive right away from me there, but we just had a really good restart.”

ELBRIDGE, N. Y. – September 3, 2012 – At lap 99 it could have been anyone’s race, but faster than any bird or plane “Super” Matt Sheppard charged through the turns at “The Fast Track” to win over Brett Hearn by a margin of 0.527 seconds. (CLICK HERE FOR FULL RACE REPORT) 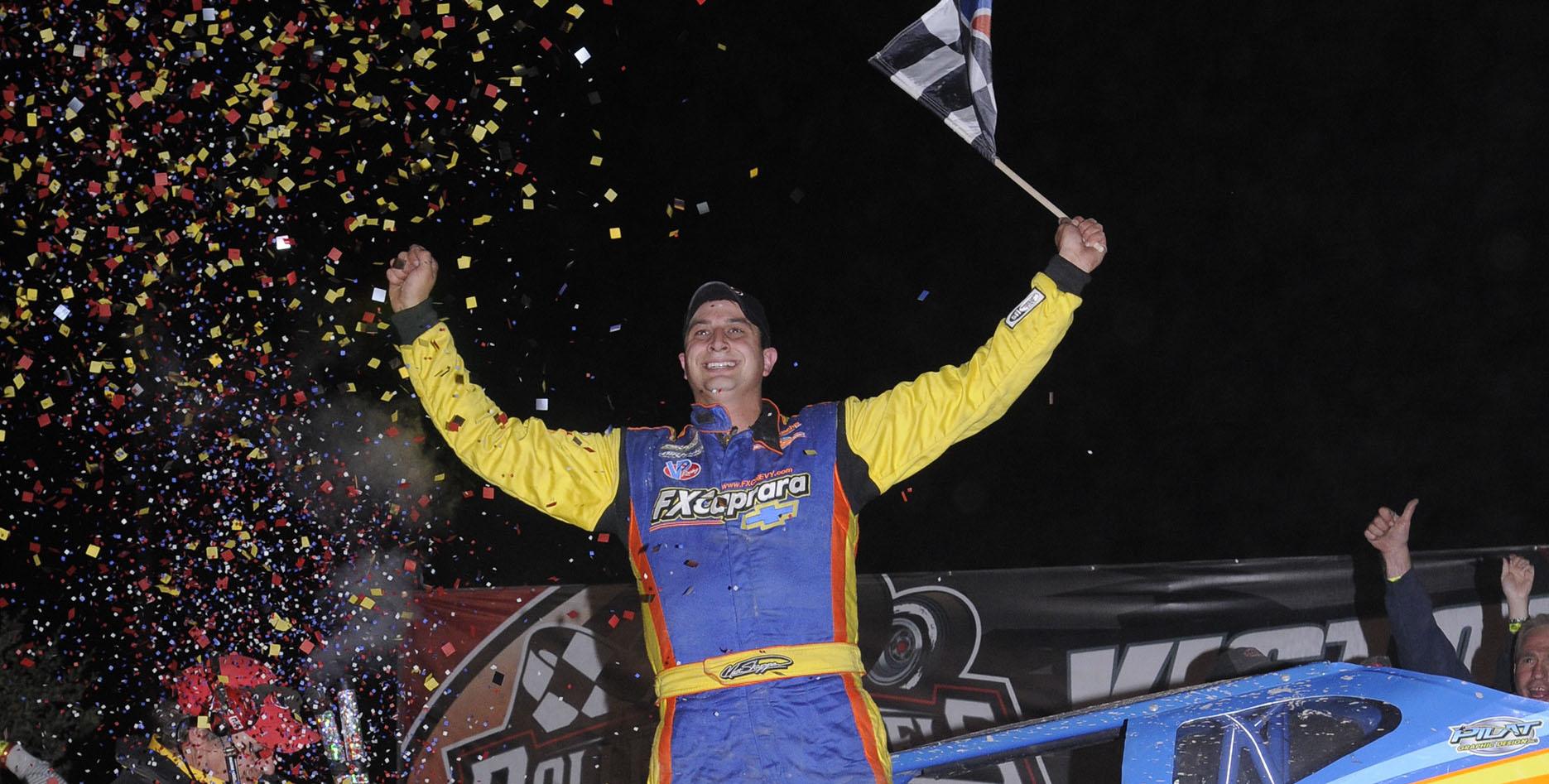 ELBRIDGE, N. Y. – September 3, 2012 – At lap 99 it could have been anyone’s race, but faster than any bird or plane “Super” Matt Sheppard charged through the turns at “The Fast Track” to win over Brett Hearn by a margin of 0.527 seconds.

Sheppard, who won the annual Stars and Stripes 100 at Rolling Wheels two years in a row, grabbed the lead in lap 67 and seemed to be rocketing toward another victory until the yellow flag flew with one lap to go, putting a suspenseful pause to the racing. Hearn in hot pursuit from second revved his engine and doggedly chased Sheppard’s JB Motorsports 9s FX Caprara Car Co./Xtreme Lubricants/Bicknell machine through the green-white-checkered finish, but came up short. (Photo by Alex and Helen Bruce)