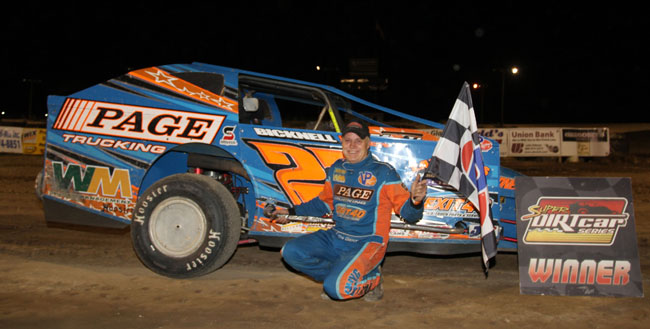 LAKE ODESSA, MICH. – August 8, 2012 – It’s not often that veteran Super DIRTcar Series Big-Block Modified driver “the Doctor” Danny Johnson encounters a track he’s never raced, but when he did Tuesday at I96 Speedway, he opened the throttle and raced ahead of the 16-car field to his second 2012 series victory.

“To be able to come here and get a win is an awesome deal for my race team,” said four-time series champion Johnson in victory lane. “They work really hard on the car; it was a lot of hard work and we were one of the last cars in the line getting ready, and it all paid off in the end.” (Photos by James McDonald)